Take a peek at the landscape of Ohio’s early Appalachians through the lens of Albert J. Ewing | History of the region

it is not difficult to document the world today. Storage space is cheap and the opportunity cost is virtually non-existent. Cameras and computers allow geographers and architectural historians – amateurs and professionals alike – to capture, store and edit a thousand images of whatever appeals to them.

Thanks to Google and Bing, you don’t need to visit a place to understand its atmosphere, to taste its je ne sais quoi. 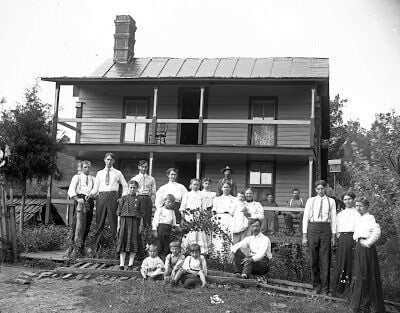 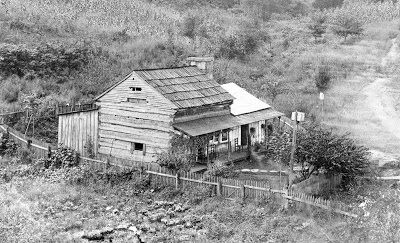 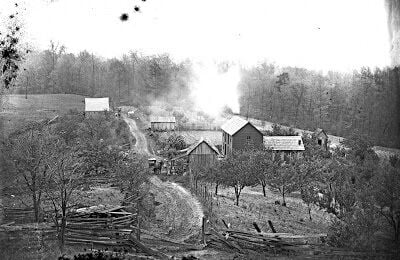 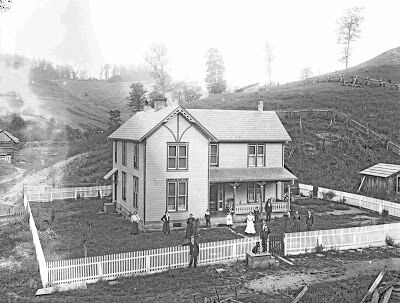 Newly built farmhouse of turn-of-the-century standard appearance. Location unknown. Despite its relief, the dna which surrounds the house is largely cleared for agriculture; today the same place is probably densely forested. 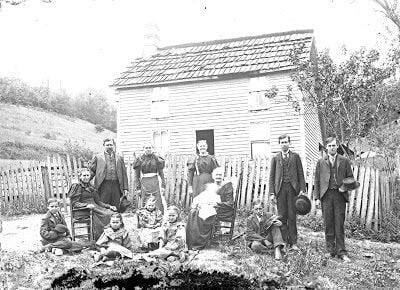 Newly built farmhouse of turn-of-the-century standard appearance. Location unknown. Despite its relief, the dna which surrounds the house is largely cleared for agriculture; today the same place is probably densely forested.

But finding plentiful pre-Information Age visual documentation remains a challenge. Anyone who owns a historic home dreams of discovering a glorious daguerreotype showing the structure as built, but few succeed.

In the 19th century, portrait photography eclipsed landscape photography. Then, like today, people tended to ignore the ordinary. In remote areas – the rural Appalachians, for example – the problem was particularly acute.

The Ohio History Connection, however, holds a collection unmatched in its ability to provide a glimpse of the turn-of-the-century landscape: a storehouse of over 5,000 gloriously detailed glass plate negatives captured by wandering photographer Albert Ewing.

Albert J. Ewing (1870-1934) spent his early years near Marietta, the Northwest Territory’s first permanent settlement, founded by the Ohio Company of Associates of Massachusetts in 1788.

The fertile valleys of the Ohio River and the Muskingum River attracted many early settlers. But the rugged and dissected Allegheny plateau remained sparsely populated until the last decades of the 19th century.

For the most part, the lands of southeastern Ohio and west-central West Virginia only supported subsistence farming. The homesteaders lived in relative poverty and cultivated sloping plots in isolated mountain hollows. But oil exploration at the turn of the century brought prosperity to the region and, in turn, sparked a construction boom.

It is this landscape – a landscape newly transformed by mineral wealth, dotted with derricks and strangely exuberant dwellings – that Ewing’s images allow us to glimpse in unprecedented detail.

Some of the houses in Ewing’s photos appear surprisingly new – covered in unblemished paint, constructed of unaltered wood, and adorned with unbroken scrolls, spandrels and medallions.

This is hardly surprising. Many of them are (or were) new. They tend to display characteristics of turn-of-the-century domestic architecture: an affinity for traditional forms, a liberal use of turned woodwork, and a repetition of certain forms of ornamentation. Ewing’s camera even captured some buildings during construction, and a pair of plaques depict the same house before and after a renovation.

Other photos show the poverty for which the Appalachians are (rightly or wrongly) famous. Ewing’s images of log buildings, in particular, are among the most valuable in his collection. One of them – labeled “rural life”, perhaps ironically – represents a small log house and its accompanying log outbuilding.

The roof of the outbuildings is supported by purlins, a construction method common to early Ohio cabins. (Yes, there is a difference between a log cabin and a log house, but that is a topic for another article.)

In another image, the log house stands, surrounded by a palisade, in the middle of neglected-looking fields. Additions hide two of the four sides of the enclosure, the roof is clad in wood shingles, and the house’s plaques overhang the walls. If Ewing had jumped into HG Wells’ time machine and emerged in 1830, he might still have come back with (almost) identical pictures.

Still other photos show buildings in a larger context.

In one, the agricultural complex, bordered by sloping pastures and split rail fences, straddles a small stream; in the other, the house and the outbuildings stand on a flat plateau.

A farmhouse is quite crudely built and covered with planks and slats (and, therefore, could be a renovated log building); the other, an “I” shaped balloon structure, was probably built a few years after Ewing’s visit. (Entrances from the second floor suggest that the owner planned to decorate his home with a two-story porch.)

In both cases, the chimneys of the houses emit puffs of smoke – not surprisingly, as Ewing captured many of his images in the fall, winter, and early spring.

Both photos, like all those in the collection, are exquisitely detailed, and they allow the curious to see the long-dead equipment of Appalachian agricultural life: carts, cars, millstones, chickens, cattle, orchards, dirt roads. , split-rail fences, and sloping fields – and, of course, the owners themselves, often proud of those marks of civilization they’ve helped wrest from nature.

History is about understanding where we have been. A Source membership sustains where we go. Keep the richest parts of our heritage alive by joining us today!

10 Scariest Moments From The ‘Halloween’ Franchise