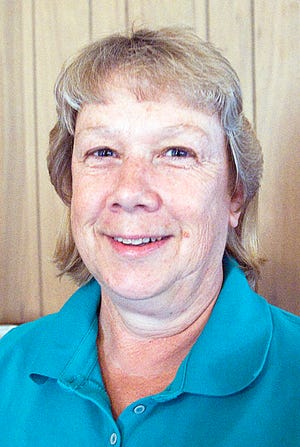 Everyone bears their share of the burden of water scarcity


Yes, wildfires are bad all over the West. On July 15, the National Interagency Fire Center reported 68 large, active fires in 10 western states affecting more than one million acres. Eight of these fires are in California.

So, I thought it was significant when I read that a bipartisan press appeal was organized on July 15 by four members of Congress to discuss the firefighting efforts and the drastic need prevention of forest fires. Our California District 1 congressman Doug LaMalfa is a member of the Bipartisan Wildfire Caucus. He, along with Congressmen Joe Neguese (D-CO), John Curtis (R-UT) and John Garamendi (D-CA) provided up-to-date information to reporters and the public.

Additionally, last April, the Wildfire Caucus sent a letter to congressional officials calling for a significant increase in funding for resilience and forest fire prevention in this year’s appropriation bill. I don’t know if it happened. I’ll check with the LaMalfa staff, Erin Ryan.

Congressman LaMalfa continues to be frustrated with “California’s failure to plan for drought.” Before being elected to Congress, he was a member of the California assembly and then a state senator. So he knew firsthand the need to store water and advocated for tank approval of sites near Maxwell. Unfortunately, Sites still haven’t been built – which is a really sad situation.

California Governor Gavin Newsom has called for reducing water consumption – by just about everyone except fish. Last week, Newsom issued an executive order requiring residents to reduce their domestic water consumption by at least 15%. LaMalfa couldn’t pass up Newsom’s response to the drought without commenting.

LaMalfa said: “The problems we face today are management failure and failure to invest in new water storage before another inevitable drought. Governor Newsom let down our state by not calling for a statewide emergency in early spring. The use of water by urban households has undergone mandatory reductions, agriculture has undergone drastic reductions, down to zero in large areas of our state. “Allowing environmental water flows to meet pre-drought targets when they could have been saved for when and for whom they were most needed is a colossal failure.

“This means that we are all suffering now, agriculture and city dwellers. It is high time that Governor Newsom spread the pain on his environmental friends and shoulder their share of the burden of the shortage.

Well, I took the advice of retired Cal Fire captain Dan Dorsey and came up with a plan of what to take – if I have to evacuate. I took down several suitcases that are on wheels and organized what was most important. Deciding is the hardest part!

More from Liz:Liz Writes Life: Those Who Don’t Support Farming Should Stop Eating

Last September, Callahan was threatened with a wildfire descending to the South Fork of the Scott River. It was a week after the Happy Camp Slater fire and the Almeda fire in southern Oregon burned down more than 2,300 homes. Even though I was just outside the evacuation area, I figured I should load my car with my most important items.

Well, it took me over three hours, because I wasn’t organized and didn’t prioritize anything!

So, I am happy to report that I have my articles in Groups of Importance. And the list is done. Unfortunately, I am not moving as fast as I used to be, so what actually happens to the car will depend on how close to the fire and how much time I have. Good luck in preparing your plan!

The deer saga continues: Once again, I had the chance to look out the window and observe a doe walking along the garden fence, then I sniffed the plastic deer fence that ran through the porch steps. She seemed to know what she was doing! By the time I walked through the sliding glass door, it had caught between the wooden post and the fence. Luckily she got back where she had come from, but I knew I had to create a better barrier. So the next morning I used the last large piece of eight foot tall plastic fence and attached a firmer barrier, but this time to the stair railing.

Every morning I spend 30 minutes to an hour irrigating and weeding by hand; and I’m okay with that because the only way for me to track weeds, fertilize, and check plants is to be there every day. The vegetable plants are watered by hand in the morning, then the garden hose runs for 45 minutes in the late afternoon. Hoses soaked on manual timers irrigate flowers and perennials.

There were several jars of dried oregano in my closet so I really didn’t need to dry the oregano. But, I still harvested two small lots. They fit in a paper bag. I couldn’t believe it when it dried in a few days in the hot (closed) room.

More from Liz:Liz Writes Life: The Right to Bear Arms … and to Hunt the Bear

More from Liz: Liz Writes Life: Klamath farmers are frustrated, against a wall

Also, I was surprised how tall the chocolate mint patch was, so I decided to cut about half of it and divide it between four paper bags to dry in the hot chamber. I like chocolate mint for hot tea in the winter. Don’t like it and the fresh wild mint that I use to flavor cold water stored in the fridge in the summer.

Oh, I almost forgot to brag about harvesting my first two little zucchini on July 5th. The tomatoes sprout, but it will take another month before they are ripe.

Peace and calm be with you this week. Smile – just because it makes you feel better!

Liz Bowen began writing ranch and farm news for newspapers in 1976. She is originally from Siskiyou County and lives near Callahan. Columns from the past can be found at: lizwriteslife.blogspot.com. Call her at 530-467-3515.

10 Scariest Moments From The ‘Halloween’ Franchise