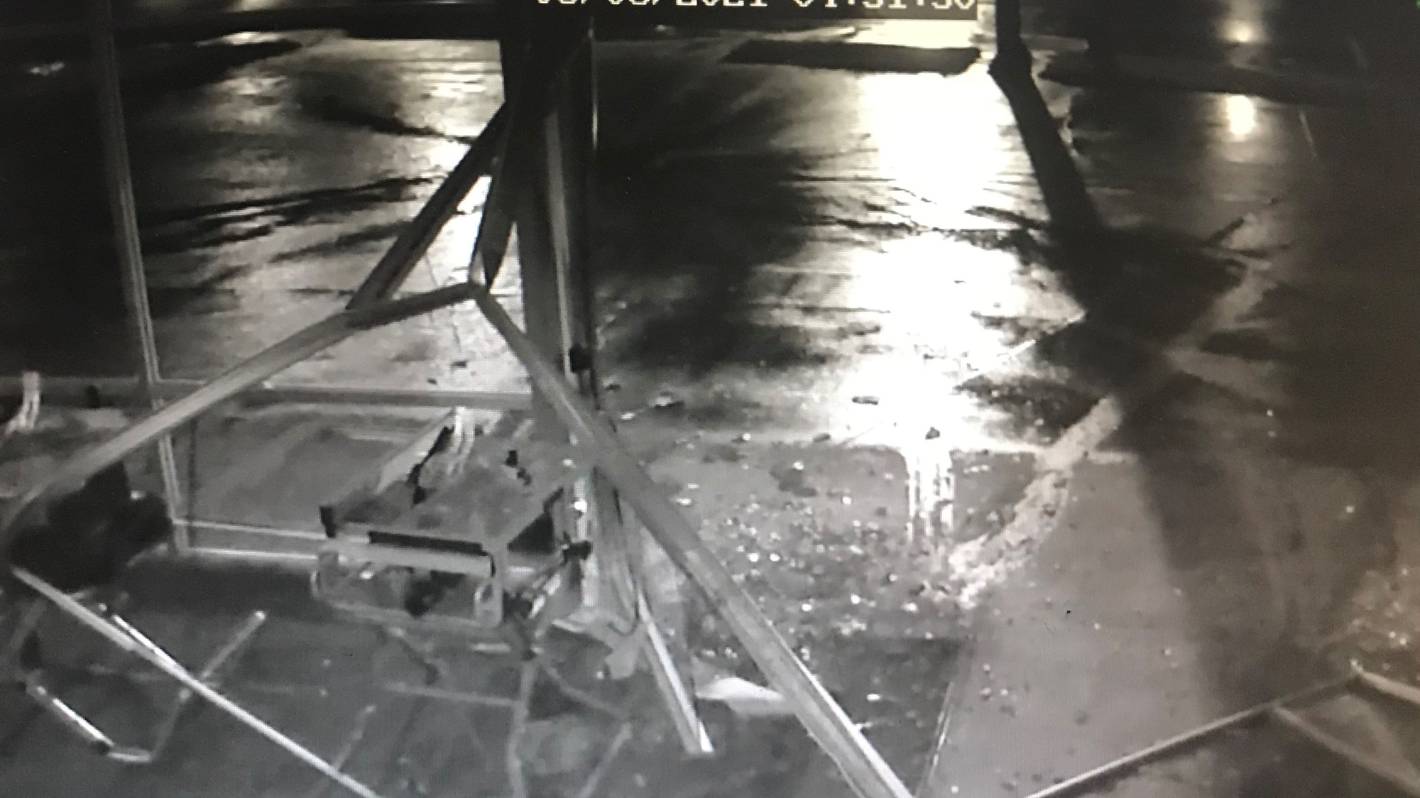 A tooling center sweeps the glass and assesses the destruction caused by two rams that broke into their store during the night.

At 4:30 a.m. on Friday, two men in a ute drove to the Smith-Pilling Rewinds Power Tool Center on Taonui Street in Palmerston North, intending to steal thousands of dollars from power tools in seconds.

Within seconds, the two masked men fled the truck, appearing to be heading straight for the high-end power tools, and then tossed them onto the flat deck.

They spent less than two minutes in the store, leaving behind weeks of stress for store owner Mark Smith-Pilling.

He and the staff cleaned up the broken glass and framing later in the morning and explained to customers what had happened.

Smith-Pilling estimated that more than $ 8,000 of product was collected in 110 seconds.

“They knew exactly what they were doing. They specifically opted for Milwaukee power tools.

He said the ute appeared to have been stolen and was abandoned in Awapuni shortly thereafter.

Later that morning, he said he was approached by a member of staff at Miter 10 MEGA Palmerston North about a similar incident that happened just after 4 a.m.

General manager Bevan Brabyn said an ute crashed through the store’s courtyard doors looking for items to steal, but found nothing of value.

Due to the poor quality of the camera in the store, he was unable to match the ute at Miter 10 to the ram raid at Smith-Pilling.

The incident was reported to police and contractors were on site Friday morning to repair the gate and fence.

He said the majority of the stolen tools were Milwaukee and Mikita power tools, without their batteries.

“We also ask tool retailers to be careful of people who come to buy batteries and battery chargers for Milwaukee or Makita tools. “

No arrests were made, but police continued to investigate the incident, a police media spokeswoman said.

On this occasion, two men in two cars, one of which was stolen, smashed across the storefront stealing thousands of dollars of Milwaukee tools.

“The power tool industry and all of the businesses are getting ripped off because people keep stealing tools,” he said.

“It’s definitely getting worse and worse. But that’s the thing, traders will buy it [stolen].

“One of my clients got ripped off on Wednesday night, parked outside the Speights Ale House. I didn’t realize he got ripped off until he went to the site the next day, opened the back – and off we went.

He had considered installing bollards to stop ram raids, which would cost around $ 3,500, or moving to another more visible site.

a multitool that defeats the competition