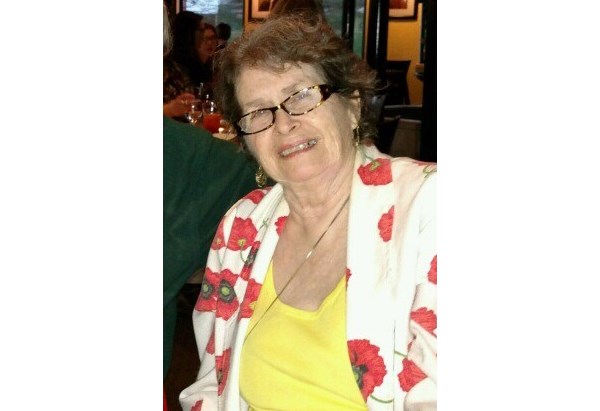 MADISON – Alice Miller, 78, of Madison, passed away and joined her Heavenly Father on Wednesday, October 20, 2021. She was born on January 1, 1943, in Illinois, and was placed in the loving arms of her adoptive parents , Christian and Ruth Smith. She spent her early years roaming the fields of her family farm in Clinton, Wisconsin, with her loyal Collie, Laddie, by her side. She used to say, “Mom was always able to see where I was when I saw my boy’s tail wagging above the weeds.” Alice also loved to climb apple trees with her mother. Those carefree days outdoors probably contributed to his passion for creating beautiful flower gardens. Alice attended UW-Platteville studying drama with acclaimed actress Agnus Moorehead.

In October 1961, during a UW-Madison return match, Alice met her soul mate, Clifford Alan Miller. Thanks to a blind date arranged by each of their roommates at college, Cliff and Alice spent the night chatting and getting to know each other. They married five months later, on March 31, 1962. And the rest, as they say, is history. In January 1963, Alice welcomed her first daughter, Laura, and in April 1965, her second daughter, Leslie, was born.

Alice loved nothing more than welcoming and entertaining others; Christmas was one of his favorites! She would start decorating her home in November, creating a wonderful “winter wonderland” in her home. Christmas dinners were amazing!

On New Years Eve she threw herself into an extravagant birthday party and her July 4th gatherings were epic!

She and a group of friends have created the “Gourmet Club”. Each month a country was chosen and each couple was responsible for a different course filled with food from that country. The heckling of each meal was often determined by the representation of the drink chosen for the country. Some drink choices to note were sake from the Japanese meal, vodka from Russia and of course the famous oozo from Greece (there may have been table dances at this meal)!

Alice was lucky to have two green thumbs. She was able to grow absolutely anything. Its gardens were filled with beautiful lush flowers of all kinds. She was chosen to be part of the test panel for Jackson and Perkins Rose Company, growing new hybrid varieties of roses for them and reporting on the characteristics of the roses. The gardens at his home in Cottage Grove were themed and covered acres of the property, giving the impression of visiting the gardens of a large estate. She put this gift to good use, teaming up with her friend Lynn to start an interior design / garden landscape company, “Indeco”.

Painting old furniture in a whimsical way became another outlet for his creativity. She called these creations “furniture”. The room that caused her the most stress was a large white sofa that she was commissioned to paint with big, beautiful flowers! His most requested pieces were bar stools with a cat curled up on them. Customers would send a photo of their pet and she would paint a picture of the beloved family member curled up on the stool.

Private services took place. In lieu of gifts, the family would like you to consider donating to one of Alice’s favorite causes: Angel’s Wish (cat rescue), Messiah Lutheran Church, Madison or Olbrich Gardens.